A comeback to aeroplane models seemed inevitable. Second World War looked like a good idea since these fighters are quite simple and yet still even today they look modern, thought-through and of interesting colouring. Additional motivation was my entry into the ESA Combat world in RC models. When working on this Messerschmitt - I had already ~2 years experience in ESA RC modelling and I even managed to enter 2 ESA competitions. Few months ago we started this idea of addidng a FPV element to our fights and we started to build and fly slightly bigger RC aeroplanes - designed for FPV fighting. I chose a Messerschmitt Bf109 for that project and in the meantime I decided to build the same model but of plastic scale 1:48 version. I must admin - it was helpful to become familiar with the painting and nuances of this model, and made it easy to work on the RC/FPV project. The scale version itself - what it is to say here - Tamiya in 1:48 version is basically pure pleasure to build and paint. Most of the elements were painted with an airbrush, used a lot of weathering effect, however I am not ruling out adding some weathering later, as to quote my friends: 'still not enough dirt!'. 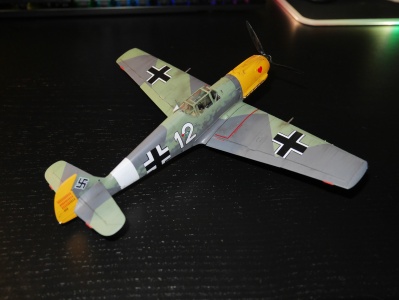 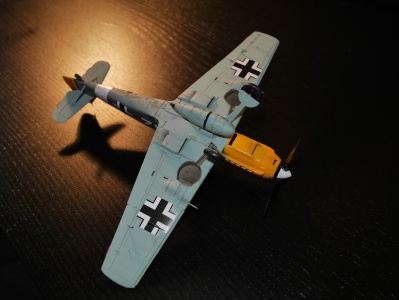 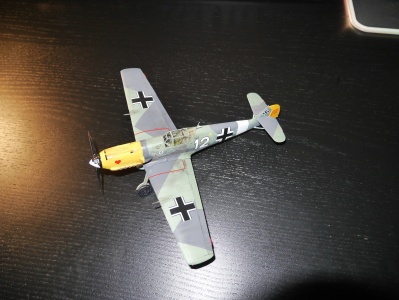 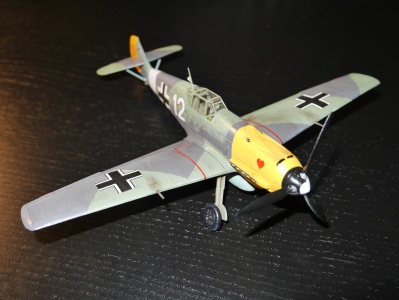 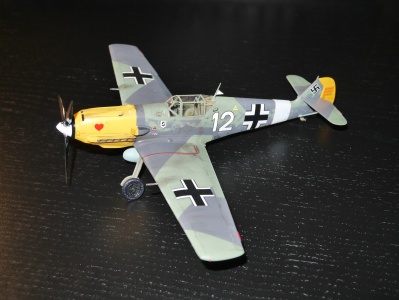 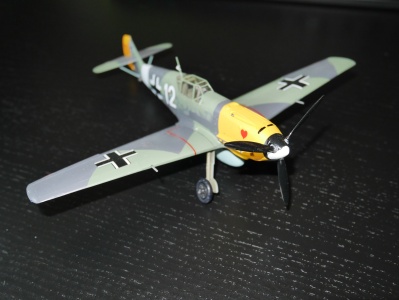 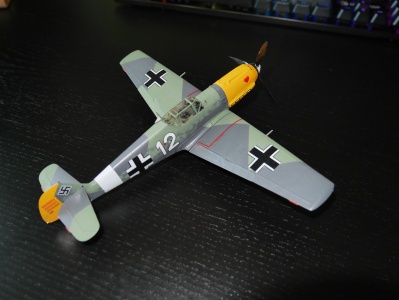 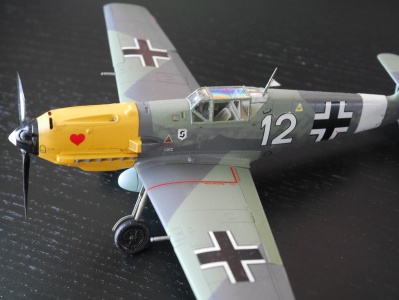 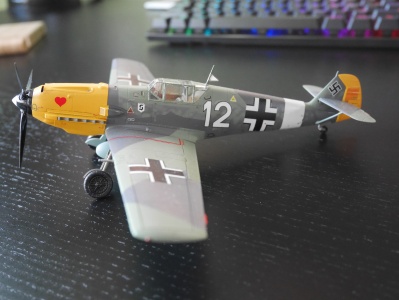 and traditionally a gallery of the build process (which is often more interesting then the model itself): 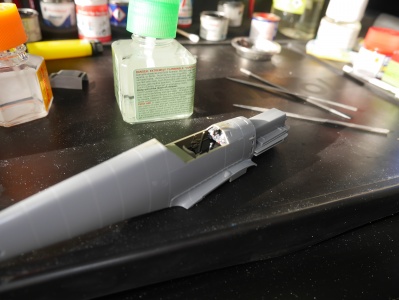 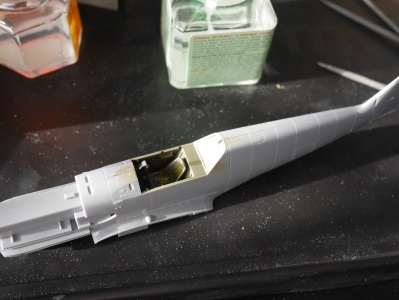 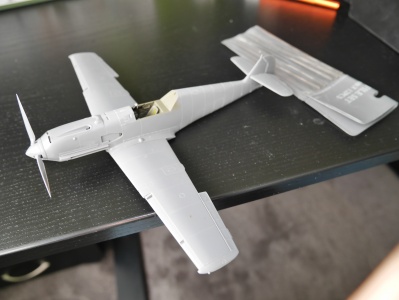 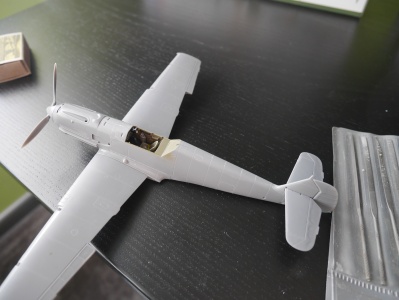 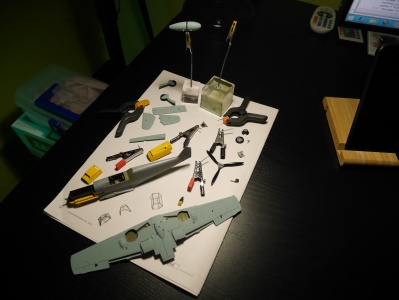 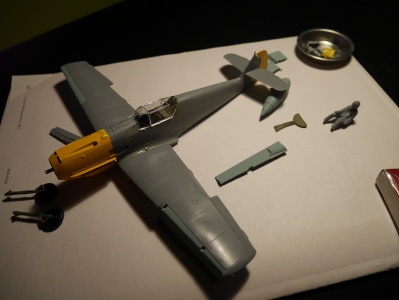 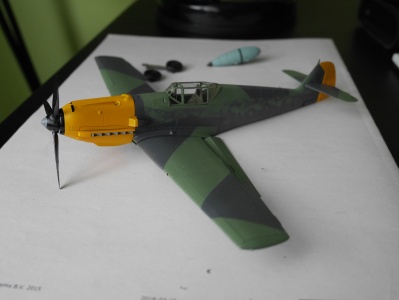 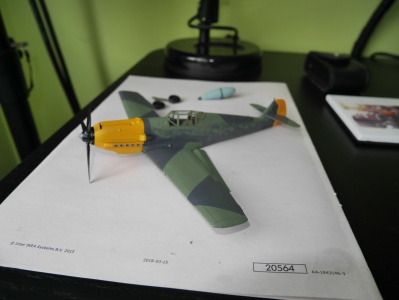